The Absolut Company has the worldwide responsibility for the production, innovation and strategic marketing of Absolut Vodka, Malibu, Kahlúa and Our/Vodka.

Absolut Vodka is the Group’s biggest, and the world’s fifth largest spirits brand by volume. Every bottle of Absolut Vodka comes from one source, Åhus in southern Sweden, produced with the same continuous distillation as was introduced by its progressive founder LO Smith. Today it is Sweden’s single largest food export. Malibu is the number one rum-based coconut spirit in the world. Kahlúa coffee liqueur is the world leader in its category.

Since July 2008 The Absolut Company, previously V&S Vin & Sprit AB, is an affiliate within Pernod Ricard, the world’s #2 in wine and spirits. Its head office is located in Stockholm, Sweden. The company has 500 co-workers and sales in more than 150 markets. Chairman and CEO is Anna Malmhake.

We are looking for a person with capacities to successfully implement the conceptual vision and make it a northern star for all packaging development. You will put in place structures, processes and lead behavorial change that will enable us to revolutionize the spirit industry through packaging. 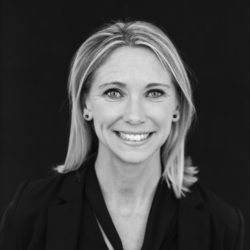